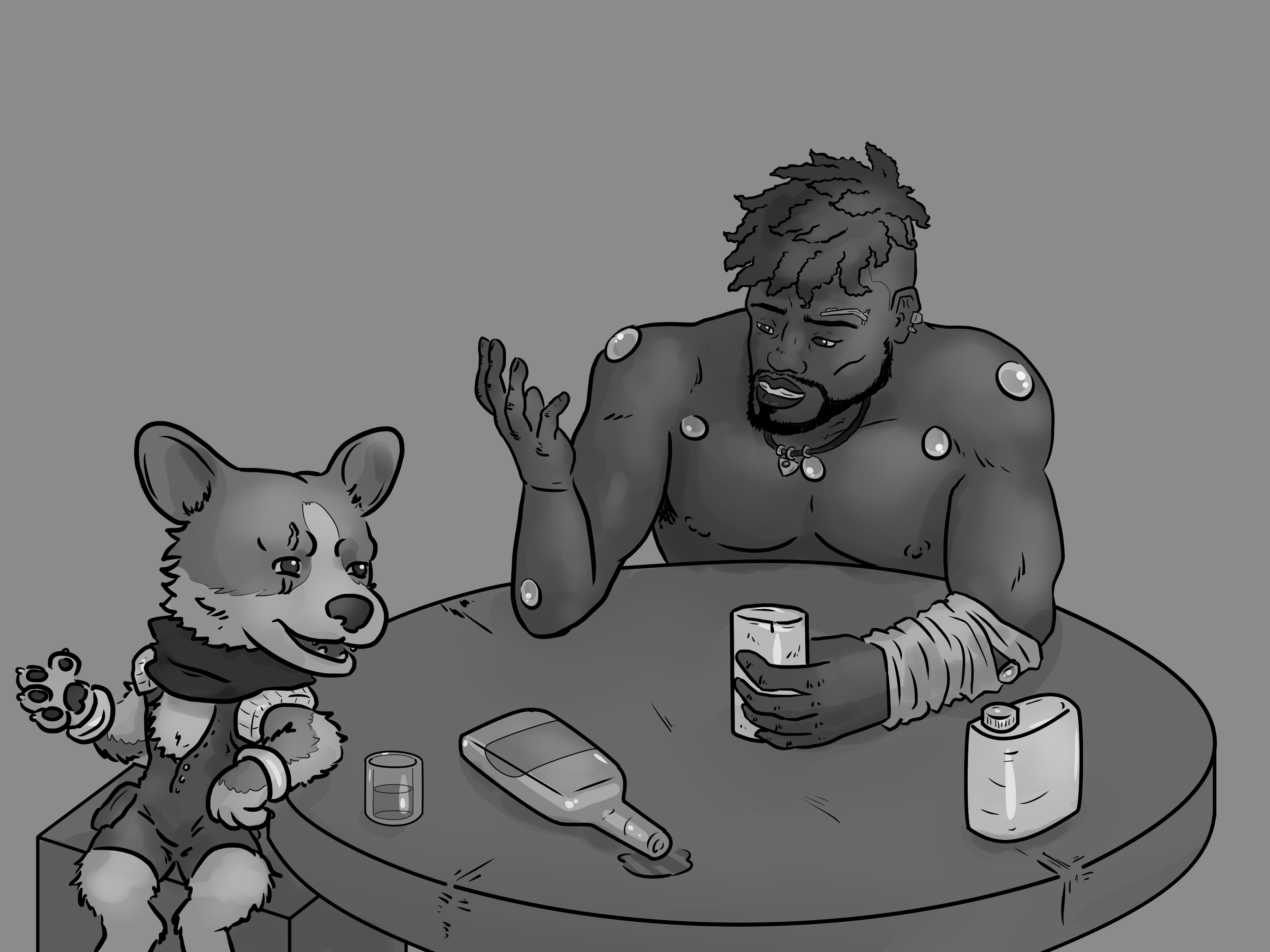 Last month I promised myself I'd start using the devlog feature as a way to share my thoughts on design 7 tabletop gaming, as a companion to twitter threads. And then of course I didn't do the thing. So now I'm going to do it! Starting off with something that I feel is one of the more in depth aspects of PBTA games specifically playing them.

First, Impulse drive is a part of a fantastic bundle helping to raise funds to help Beau Sheldon of the Thoughty blog & the RPG Turn attend Big Bad Con for a fantastic scholarship opportunity. The bundle had a target of $600 and has already hit over double that. Beau has said that after setting some of the extra funds aside for emergencies, they intend to donate the rest back into the scholarship program. For $20, you can help Beau and others out, and get yourself over $200 worth of amazing content from 15 contributors! Check it out!

A lot of what I say here is applicable to any tabletop RPG, but this is a study through the lens of PBTA games thanks to how Moves are distinct chunks of game design - tiny micro games you play out each time you use them, that create moments of fiction.  How players interpret these Moves influences their game as much as the mechanics of the fiction. Mostly, this is a subconscious process, where players look for the most literal interpretation of the Move's trigger & outcome, and designers write for that literal interpretation to be clear. This is about removing as few cognitive barriers between the designer's intent and the players' experience.

The components of Interpretation

Interpreting a Move as written, in its literal form usually starts with the Move's Trigger. The inciting event or action as it is described in the Move's trigger. A lot of designer sweat is shed with word choice in these sections - looking for something evocative, clear, and flexible.

Evocative because the designer wants to catch your attention & inspire your desire to emulate the moment the Trigger describes. Clear because the designer wants you to be able to envision how you can aim for the Trigger through your characters' action or experience. Flexible because 1 more flexible Move that can do the same job as 3 more niche Moves has a lower cognitive load on the players. Flexible is also the part where interpretation comes in the most.

The other major component of interpreting a Move is the Outcome, which almost always has fictional consequences and often mechanical consequences. Let's talk about these in more depth later, when we start getting more abstract.

Let's get practical and  take a look at a Move!

When you support a Crew Member’s efforts in an action before they roll, or offer them comfort in an intimate moment, roll+Stalwart. On a 10+, you’re helpful and supportive, choose 2. On a 7-9, you do what you can. Choose 1.

Breaking down the Trigger, the specific details in bold:

It's clear because if you want to use this move, you need to either support a Crew Member (player character) in an action before they make a roll (because of the mechanical implications of the outcomes) or create an intimate moment where you offer them comfort. It's evocative through the Move name and the description of comfort in an intimate moment.  It's flexible because supporting a crew Member and an intimate moment are open to interpretation. An intimate moment could be two lovers, tangled in a sheet in the bunks during zero G, or one character's hand on the shoulder of their shaken friend, a shared meaningful glance and a tight smile.

So this is the most straightforward interpretation of Lean on Me, and even now we can see how broad we can stretch the trigger, and start to imagine edge scenarios or context that I as the designer could never conceive.

For the outcomes the mechanical interpretations are straightforward - for the most part. Advantage going forward is the most likely choice for those looking to support a Crew member in their actions. Clearing 1 Stress is a nice bonus, or may be the point if offering comfort in an intimate moment. "You aren't pushed to you limits or exposed to danger or complications for your efforts" doesn't feel like it has any direct mechanical consequences, but if they player doesn't choose this option, the SM has plenty of leverage to apply a fictional, mechanical, or both kinds of consequences. In all the consequences, interpretation is left open for the group to describe the specifics of these consequences as they apply to the situation in which the Move was Triggered.

Now that we've covered where the Move is clear and flexible, let's really flex it. Applying Moves creatively comes from a number of sources. I can think of about 3 common edge cases, but there are sure more.

So how does a group determine which move, if any should be used? Here's some tips:

Discuss intent. What do the characters want or intend? What are the players' intent? Which Moves outcomes do these intents match best? Does Tokio shoot at the protectorate authority troops to try and kill them, or to help her crewmate Saturday Act Quick to get out of direct fire? Both Firefight and Lean On Me could fill these roles, but the stakes for the moves mean that one may fit the situation better than the other.

Flexible interpretation is probably no more useful than when applying it to moves designed to interpret the fiction.

Scope It Out
When you take time or use sensitive equipment to closely study an object, situation, or person, roll+Calculating. On a 10+, your investigation pays off, ask 3. On a 7-9, your perception is a little dull, ask 1.

Interpreting these questions according to the situation to get the information the player wants is all about building context around them. The Move could have just been "ask any question" but these pointed questions help reinforce the themes of the game, but there's plenty of room creatively. Imagine an uncomfortable conversation where Zirra the Scoundrel is trying to avoid blowing her cover and get to the room with the safe. With those goals in mind her player may ask "I really want to brush this boring guy off without raising suspicion, what is my best way past?" or "How could I best end this quickly?"

This sort of interpretation comes with familiarity with PBTA in general or a game's moves specifically. Being generous with your interpretations of move triggers and outcomes in relation to the stakes and situations that rise up in your games!

A roleplaying game about misfits and spaceship powered by the apocalypse