Spaceport in lockdown? Dig into these holovids & audiologs to pass your time.

With general quarantine called, & all space ports in lockdown, there's a lot of freebooters & vagabonds stuck in one place with nothing to do. If you're  in self imposed isolation & you need some entertainment, here's some Impulse Drive media for you to absorb . Spin up your holovid player & jam your sound buds in your auditory sensory organs, & dive into the archive!

A lot of amazing roleplayers have recorded themselves playing or talking about Impulse Drive, as one-shots or series.

Adam Koebel reads through Impulse Drive live to get a feel of what it does and how. Adam's First Look videos have been a great way for indie designers to get their work in front of a lot of eyes, & Adam's enthusiastic approach to games through their designs.

I had the opportunity to run Impulse drive for an all-star cast of Gauntlet community members Rich Rogers from +1 Forward, Ferrel Riley From Gauntlet Huston, JD from The Chimaeracast podcast, & the fantastic Christo M during Gauntletcon. We go through setup, character creation, & an intense adventure with the amazing characters in 4 hours and it's a blast!

Lowell Francis from The Gauntlet shows off some masterful game design & GMing skills by adapting Impulse drive to the coriolis setting with a major rewrite, & then runs a fantastic series of sessions. I spent a lot of time in the drifting section of the game, trying to make tinkering as accessible as possible because I believe that groups should be empowered to make games their own. It's great to see Lowell embracing this idea & reworking the game to suit his group's purpose!

Rich Rogers has been one of the greatest advocates for Impulse Drive back when it was a little babby game in development. His & his groups enthusiasm for the game are not only great showcases of the game, but helped develop it into a better game! In Star Wars Saturdays, Rich adapts different games to fit the Star Wars setting, with rewarding effect.

Rich ran 2 seasons of SWS using Impulse Drive & they both show off the setting & game spectacularly. These seasons are separate stories, so you won't have to watch one to understand the other. 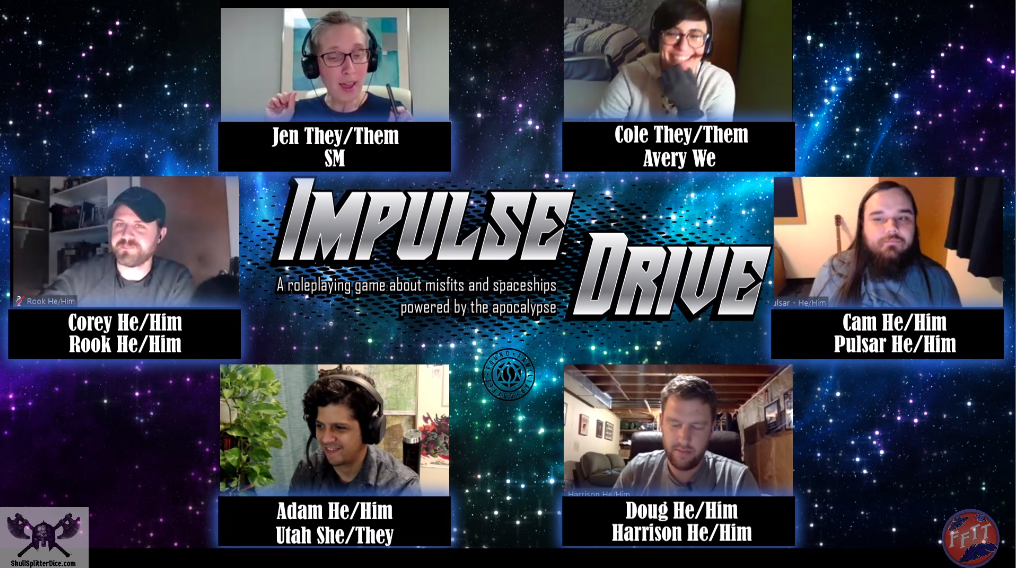 tune in to the Featherfall Tabletop crew's adventures in space

I was so excited when JenQuixote from Featherfall Tabletop reached out to me looking for tips on running Impulse drive as a one shot for the FeatherfallTT crew! I shared what insight I could, and supported them as best I could, & their game is amazing! Lots of incredible character drama brought by the players really makes this game a blast to watch.

Did you think Rich Rogers was done kitbashing impulse Drive to suit existing IPs yet? Well you're in for a very enjoyable surprise! Rich shares my love for quirky 90s space opera Farscape, & shows that setting is a great fit for Impulse Drive with this ongoing series. Since Farscape was a major touchstone for the sort of situation Impulse drive thrives in, Rich & his players really make it work here. The best kind of fandom for me is people making a setting their own.

The Happy Jacks RPG Podcast creates so much amazing content, & this video is a great example that space opera adventure is a style of story as much as it is a setting. Watch the crew have fun adapting Impulse Drive to a fantasy setting and telling a robust swashbuckling tale of adventure & intrigue.

Lacking light-sensitive sensory systems? Prefer your entertainment to be cast to a audio pod or similar device? Here's plenty of Impulse drive content for you to dig in to! 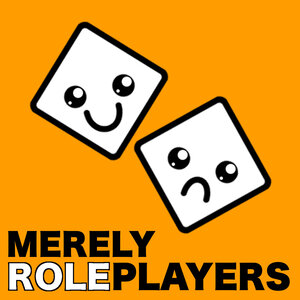 Matt & The Merely Roleplayers crew have so many amazing season of their podcast, including a 3 act arc of space adventures using Impulse Drive. The world they build is exciting & strange. The characters are endearing & entertaining. My favourite part is that each alternating episode is behind the scenes - a fascinating look at creating the characters & how the game's mechanics inform the players' choices.

Featured on: The Gauntlet Podcast Network.

The Gauntlet Community have been a great support to many indie games over the years, & their podcast has had some wonderful & frank conversations about impulse Drive throughout its development. Browse these episodes below!

Rich invites me onto his podcast, +1 Forward, where we talk about PBTA game design & Impulse Drive.

Party of One Podcast

In Party of One, GM Jeff Stormer has guests come on to run or play in 1-on-1 RPGs of different systems. In this episode, Jeff invites Rich Rogers on to run Impulse Drive for him, & it's a fun guardians of the galaxy - style comedy adventure. Two great players at the top o their game show how it's done in this one!

A roleplaying game about misfits and spaceship powered by the apocalypse